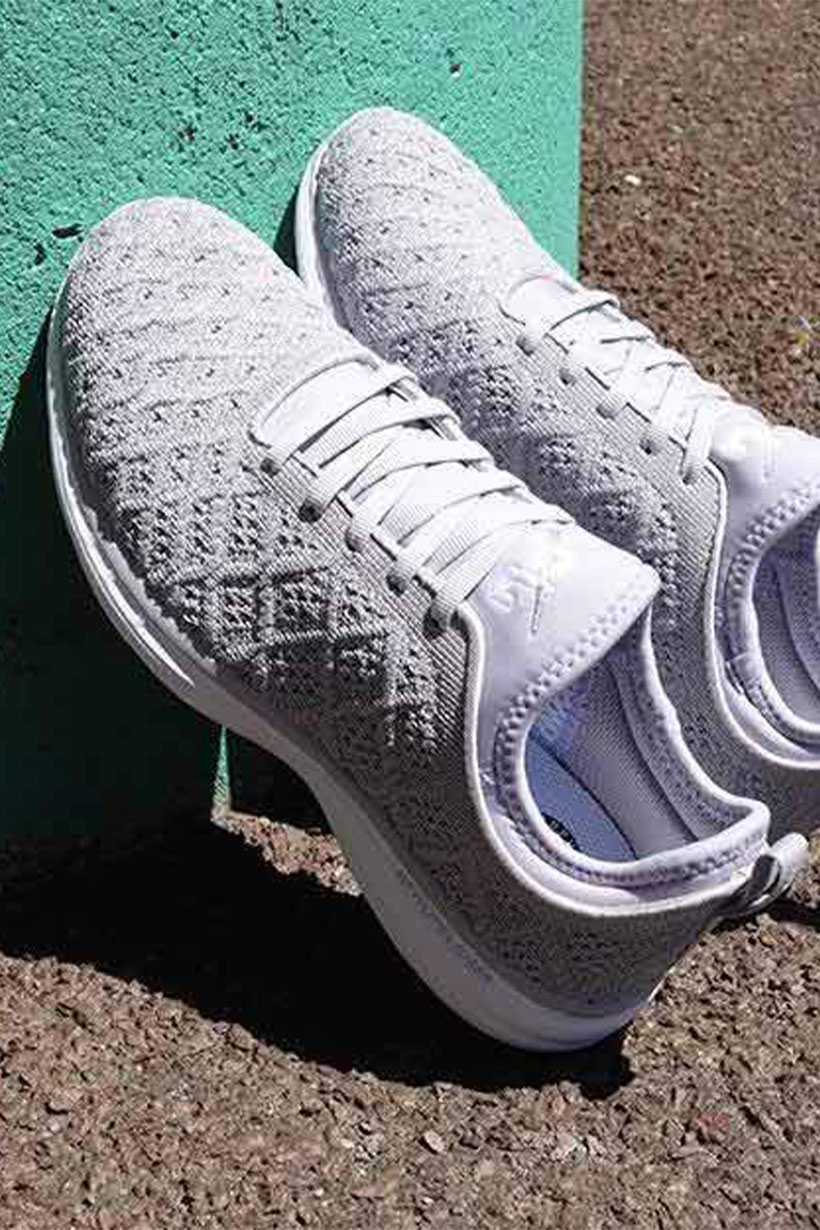 Athletic Propulsion Labs may have launched the first trainer to be banned from the NBA in 64 years, but that’s not the only thing that makes this brand different. Experts in combining street-worthy style with performance and technology, APL shoes increase speed and absorb shock. Plus, they’re all rigorously tested by some of the world’s finest athletes. Not bad for a brand that was dreamed up in a college dorm room.

Why We Love It:

Founded by identical twins, Adam and Ryan Goldston, APL hit the sneaker scene back in March 2009 and has made a name for itself since. Having hailed from a family already well-versed in the sportswear world (their dad oversaw the launch of the iconic 90s Reebok Pump and later became COO of L.A Gear), the brothers spent years developing a trainer that would give athletes an edge over the competition and launched the Concept 1 basketball shoe in June 2010. Proven to make you jump higher, it was the first shoe to ever be banned from the NBA for ‘providing an undue competitive advantage’. Since, Athletic Propulsion Labs has carved out a name for itself in the highly competitive trainer market and holds multiple patents for its revolutionary Load 'N Launch® Technology.

Engineered for athletes, Athletic Propulsion Labs’ sneakers combine breathable mesh uppers with shock absorbing Propelium® soles. Its Load ‘N Launch technology is designed to increase the vertical leap of an athlete, for greater jumps on the court and a higher reach when it matters most. Expect maximum energy return, toe-off propulsion and increased speed when stepping into a pair of APL shoes.